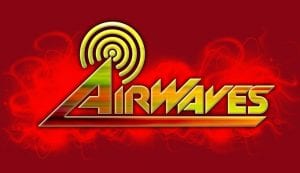 Please welcome for their first appearance at Gypsy Highway, 2606 W. Locust St., Davenport, the 7 piece band from Cedar Rapids, Airwaves, at 7 p.m. Friday!
They were highly recommended to book for a show by several customers in the venue. This should be fun!
Airwaves was first formed in December 2011 and remains Eastern Iowa’s Premiere Classic Rock Cover Band. They have performed at many of the popular venues in Eastern Iowa including Marion by Moonlight, Balloon Glow, Robins
Roundup, Uptown Getdown, Freedom Festival, Fairfax USA Days, Hawkeye Downs and Ragbrai and are regular
performers at the Cedar Ridge Winery in Cedar Rapids and Millstream Brewing in the Amanas.
They play the classics including tunes that you won’t often hear from other bands. Covering the greatest music ever recorded from the 70’s,
80’s, 90’s and more – that’s Airwaves!
There’s a $5 cover for the show.