Royal Neighbors of America boasts a long, impressive legacy of doing good. And as it celebrates its 125th anniversary this year, the Rock Island-based, women-led life insurer and fraternal organization is continuing that history in a special way. 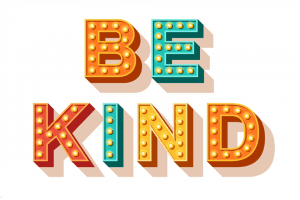 Rock Island-based Royal Neighbors has suggested 125 ways for you to be kind.

To celebrate all the ways we can continue to make a difference in our own neighborhoods, Royal Neighbors has launched a 125 Random Acts of Kindness campaign.

During October, November, and December, the company is encouraging its 215,000-plus members (and the general public) to do one purposeful, kind thing for someone else.

“It won’t cost you much, if anything at all, and it might make someone else’s day much brighter,” RNA said recently in its magazine, where it listed 125 specific ideas on how to be kind. “So, pick up that piece of litter, purchase that extra cup of coffee to share, and put away that wayward cart in the parking lot.”

For 125 years, RNA members have been caring for others during times of celebration and sorrow – much of it rooted in the concept of simple kindness. From the suffragettes who worked to secure equal voting rights, to the many who have sewn masks during the Covid-19 pandemic, members took their desire to serve out into their communities.

RNA volunteer contributions over the years include helping victims of the Great San Francisco Earthquake of 1906, backing the women’s suffrage movement, supporting members hit by the crisis of the Great Depression, endorsing the purchase of $13 million worth of war bonds, and donating tens of thousands of dollars to the American Red Cross during both World Wars. 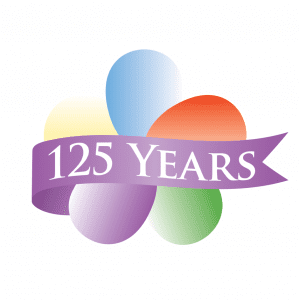 Royal Neighbors is celebrating its 125th anniversary this year.

Into the later 20th and early 21st centuries, Royal Neighbors continued to expand its philanthropic efforts through programs like Fraternal Scholarship, Nation of Neighbors, and the Difference Maker Fund.

But perhaps nothing demonstrates the “neighbor-helping-neighbor” legacy more clearly than the members involved in more than 200 chapters across the nation, according to RNA. While chapters have continued to evolve with the times, they remain dedicated to caring for their families, their neighbors, and their communities. In 2019, members generated more than 275,000 volunteer hours supporting causes and institutions they felt were most important to the places where they live and work.

Amy Finn is one of two member engagement specialists with RNA, and it’s her role to support the volunteer chapters across the country.

“Right now, we’re helping them to navigate the waters of volunteering during a pandemic – coming up with new and exciting ways to volunteer,” she said Monday. The chapters have supported local organizations; RNA supports them financially, and Finn and another specialist help manage the chapters.

The “Be Kind” campaign helps to celebrate the 125th anniversary. “The organization has always followed the chapter system of volunteering,” Finn said. “This was just another way for us, especially during this pandemic, to give them some new ideas on ways they could give back and make a difference in their community.”

“It’s really been neat to see – we keep referring to it as the ripple effect, of how one small, kind gesture can make such a huge impact in a community,” Finn said. One member had sent e-gift cards for coffee to a couple of friends, and they paid it forward and sent a cup of coffee to somebody else, she recalled.

“The ripple effect – if you do it thinking it might make me feel good doing it for someone else, and hearing how it really changed someone’s 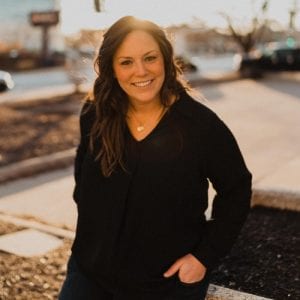 Amy Finn is a member engagement specialist at Royal Neighbors of America.

day around,” she said. “And how they passed it on and paid it forward, and just continued that with their friends and colleagues.”

One member baked cookies for home-based teachers. One spent a lunch hour taking an elderly friend out for fresh air and to catch up. One of Finn’s favorites is an employee of RNA, who’s spending more time working from home in New Jersey, and is using time to volunteer with his church.

Every Wednesday night, they typically had a 50-person sit-down meal, and with the pandemic they’ve been unable to gather, she said. So they make meals to go for people, and are giving out over 100 every week, Finn said.

“We used to host a sit down dinner for 60-80. Unfortunately, Covid changed that,” the church volunteer, RNA national sales executive David Decker (of Spotswood, N.J.) said Monday. “To limit person-to-person contact, we asked our normal attendees to send one person to collect the meals for the entire family or friends. Many of our attendees who have cars are collecting meals for multiple families and delivering them for us.”

In the chapters, a lot of volunteering had been done in person, meeting in groups, she said, like at hospitals, schools or nursing homes. “We’re unable to do that right now, so some of the ideas our chapters are doing now would be picking up groceries and delivering those for elderly individuals not comfortable going to the grocery store.”

“Some have turned to cleaning up their local park or neighborhood, if they’re out on a walk,” Finn said. “They are making phone calls to nursing homes now, instead of visiting residents in person.” 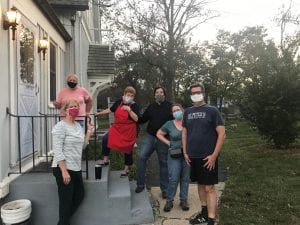 “There are individuals who are really becoming lonely during this pandemic, because they can’t see family and friends,” she said. “A lot of our chapters, they are turning more towards the crafting ideas – making blankets. A lot of them are making masks; there’s a great need for that.”

“Right before schools went back, we had a lot of chapters doing a drive-through, or pop the trunk backpack giveaway, with school supplies,” Finn said. “Everything was done in a social distanced way. Virtual fundraisers have been a big thing – supplying hand sanitizer and cleaning wipes for schools. Our chapters have really gotten creative. It’s ingrained in them to continue to give back to their communities.”

“It’s been hard, especially at the beginning, when there were a lot of unknowns with the virus,” she said. “As our chapters have had more information about the pandemic and they’ve gotten really creative together. Even if they can’t meet together to do these things, they’re doing a lot of them from home and making a big impact in their community.”

Some people who are lonely now, the kindness campaign makes them feel “seen,” Finn said.

“It does make you feel good as the person giving, but you never realize the impact that it’s going to have on the person who receives that act of kindness,” she said. “It can just totally turn their day around. That’s one thing this movement has done – not only has it spread kindness throughout our communities.

“It’s also urging individuals and our members to find the silver lining in things during the pandemic,” Finn said. “We’re definitely looking at things in a different light and a different way. We’re finding new and creative ways we can continue to give back and continue to serve our community.”

“We’re using the movement in partnership with the 125th anniversary of Royal Neighbors, but it’s nothing that we haven’t seen our members do in the past,” she noted. “We’re just taking this opportunity to highlight it.”

”I have personally purchased some Starbucks gift cards and sent them to people and I didn’t expect them to pay it forward — I don’t know why I didn’t think about this – but they did,” Amy Jones, RNA director of philanthropy, said Monday. “My one cup of coffee turned into 20!”

Finn would love to hear how you’re spreading kindness. You can email her at Amy.Finn@royalneighbors.org and include a photo if 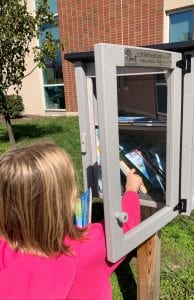 applicable. They will share stories on social media outlets and in The Royal Neighbor online magazine.

Take up one of these ideas

Random acts of kindness include:

RNA advises that participants must make sure to follow local and CDC guidelines when gathering in person or volunteering in a group. A great alternative to meeting in person is to have all members participate via a virtual meeting platform.