2020 was a difficult, unprecedented year for everyone, and the Midwest Writing Center (MWC) wants area residents to be part of a new anthology documenting it.

With a submission deadline of Jan. 31, MWC Press is putting together an anthology of creative works responding to the many disasters that were endured last year. To be titled “These Interesting Times: Surviving 2020 in the QC,” the book will feature historic events like Covid-19, the derecho and other natural disasters, police protests, and the contentious presidential election, but they’re also interested in the smaller, untold stories of resilience, endurance, and survival.

The Midwest Writing Center wants to know how you coped with the epic, disastrous 2020.

“We’d like to hear from as many people as possible, especially if they don’t consider themselves to be professional writers or anything like that,” MWC executive director Ryan Collins said Thursday.

“Everybody went through something last year. There were some macro-level disasters, and I think what gets lost a lot of times in those narratives, is the sort of the way those things impact individual people and can twist up and make their lives terrible,” he said.

“A lot of people went through a lot and we want to hear the stories of how people survived that, got through that and are hopefully coming out the other side,”
he said.

They are asking people to contribute in whatever genre most appeals to them — fiction, essay, creative non-fiction, poetry, hybrid forms, or visual arts. They hope to compile a work (from the six-county bi-state region) that records the resilience and resourcefulness of area residents, a work of value as historical document, literary artifact, and witness testimony. 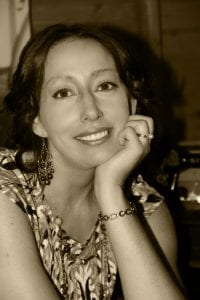 Local author Misty Urban will head the editing process for the anthology.

This is the first personal anthology project for MWC Press, Collins said, to serve as kind of a time capsule.

“It’s personal narratives, but it’s poems, images – if people want to relate what they experienced in a fictional story somehow, the theme is pretty broad,” he said. “The theme is aimed more at survival than it is disaster. We kind of went with that because it can be broadly defined. We can point to the pandemic, things like the derecho – those are easy.

“Everybody can see those, but there’s a lot more on a personal level and individual level, the way those things kind of reverberate through our lives,” Collins said. “We’re hoping people will be willing to share them. We’ve never done a thematic anthology like this before.”

They’re also welcoming people who are not writers to share their story with others, who can put it in written format (through dictation or transcription), he said.

“We’re inviting some local and regional writers to contribute, but we are very interested in hearing from people in the Quad-Cities area – particularly people who wouldn’t normally consider themselves writers, to contribute to the anthology,” Collins said.

In terms of photos, he suggested unique, arresting images of damage after the August derecho that devastated the Midwest.

“It’s a kind of resilience, because you’re having to deal with the pain of a giant tree down in your yard,” Collins said. “With the scale of it, you can maintain a sense of wonder about it, and awe, I think that’s helpful in getting past it and view it from another direction.”

A poet and composition teacher by background, Collins said he wasn’t sure he’d submit something.

Last year, he admired how teachers adapted to moving instruction online, as MWC did. “One of my primary focuses is on youth education, so being able to move everything to a virtual space, I think we were one of the only arts nonprofits around here that maintained a full

Area residents are encouraged to submit poetry, prose (fiction or not), images, or a hybrid.

“We were one of the first to go virtual, because we have an easy art form to do that with,” he said. At St. Ambrose, most of his students are freshmen and those students didn’t have a traditional college experience.

“Obviously stories from front-line healthcare workers, I know people who work at local hospitals and things like that, who’ve had Covid,” Collins said of natural subject matter for the anthology.

“I’m hoping we get some people who are willing to share those experiences,” he said. “We’re not just trying to showcase literary artists or professional artists. We want to hear from people in the community.”

It’s their intention to pay all the contributors something.

“It’s a lot; artists need to get paid,” Collins said. “It takes work to tell your story. It’s difficult, especially if you’re telling a story that was about a hard time, about what was for a lot of people a hard year. That should be rewarded, and it’s our intention to have a release reading. We’ve got editors lined up and we expect the anthology to be out later this year.”

At the moment, all they can  promise in payment is contributor copies (thanks to publisher Legacy Book Press LLC), but MWC is in the process of securing funding so they can pay people cash. 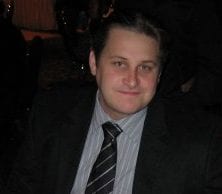 Ryan Collins is executive director of the Midwest Writing Center.

“It would be modest, since as you know the MWC is a nonprofit literary arts organization, but for a good cause, as we intend to donate part of our sales to area disaster relief and community support services through the Quad Cities Community Foundation Disaster Recovery Fund,” Collins said.

There’s not a cap on the number of submissions, he noted. Local author Misty Urban is heading up the editing process. She’s on the MWC board and is president of Writers on the Avenue in Muscatine.

The Rock Island-based writing center asks that submissions come primarily from the MWC service area (in Iowa: Clinton, Scott, Muscatine counties; in Illinois: Henry, Rock Island, and Mercer counties), though they will accept exceptional submissions outside this area.

Submission guidelines (send to submissions@mwcqc.org) are:

Feel free to send any questions or a piece you want to share to submissions@mwcqc.org. You can see the complete information and guidelines at www.mwcqc.org/anthology-of-2020-submissions/.