Davenport’s German American Heritage Center and Rock Island’s Rozz-Tox are partnering for a new monthly German film series, on the

Kinogarten means “film garden” in German, and the series will be the first Friday each month.

To be streamed outside in the Rozz-Tox “Kinogarten” (German for “film garden”), the first flick is April 2 with “The Edukators” (2004), directed by Hans Weingartner, rated R. Each film is free and features English subtitles (no registration needed).

The films will start at 8 p.m. or sundown, and to keep audiences safe, film streaming will be socially distanced and guests are required to wear a mask.

Food and beverage will be available for purchase from Rozz-Tox (no outside food or drinks allowed).

“The Edukators” is a crime drama about three young, anti-capitalist Berlin activists involved in a love triangle. The friends, calling 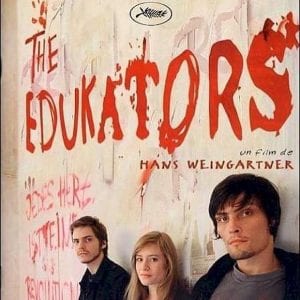 “The Edukators” is a 2004 crime drama about a love triangle.

themselves “the Edukators,” invade upper-class houses, rearrange the furniture, and leave notes identifying themselves. Weingartner, a former activist, wrote the film based on his experiences and chose to use nonviolent characters.

Rozz-Tox owner Benjamin Fawks said this week he is a big German film fan. “They have always been one of the leaders in cinema and I’m happy to collaborate with the GAHC again (we did this in 2017 for the first time),” he said by e-mail.

His outdoor capacity is quite large – Fawks noted their side patio, back garden area, and a neighboring lot (Laborspace and Ragged Records) with a fire pit and trees. For the film series, the audience limit would likely be between 60 and 80, he said. 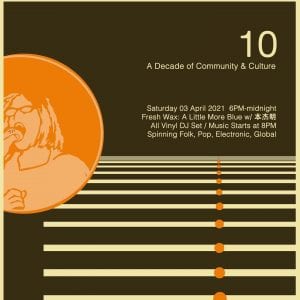 Rozz-Tox (which has a history of hosting live music, film, poetry and art) is celebrating its 10th anniversary Saturday night.

Rozz-Tox (celebrating its 10th anniversary this spring) has a history of showing films, and “already have an established base of movie-loving folks from last summer’s film screenings and experience running these kinds of events, so their partnership is just a great fit for us,” Holshoe said.

Fawks proposed the “Kinogarten” title, and it’s very fitting, she said. “To me, Kinogarten is a cozy garden space for folks to gather and enjoy some films. Seems especially necessary space to provide to folks given the crazy year 2020 was!”

Holshoe just joined GAHC in January, after working six months as a part-time art lecturer at Colorado Mesa University and earning her master’s in textiles, fashion merchandising and design from the University of Rhode Island.

A Rhode Island native with a specialty in museum studies and German language and culture, Holshoe said this week she “just happened to stumble upon this amazing opportunity that marries both of those specialties. It’s only been a couple of months, but so far I’m absolutely loving being in the Quad-Cities and working at GAHC,” Holshoe said.

“One of my major goals for GAHC is to expand and diversify its audience. Museums like GAHC struggle to get young people in the door, but 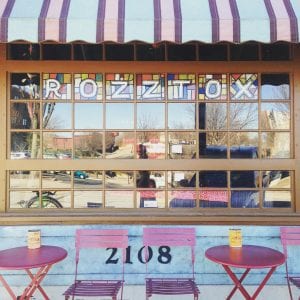 young folks are our future,” she said.

“I’m specifically trained to work with fashion in the museum industry, so as you can imagine I’m a sucker for anything pop culture. I figured that using pop culture, specifically film, was a great way to introduce young adults and teenagers to the museum, its mission, and hopefully get them involved in our future.”

The GAHC – at 2nd and Gaines streets, Davenport – is opening a new exhibit on April 9 (“Who? What? Wear? German Costume & Culture”) that will explore the history, culture, and future of

The GAHC is at 712 W. 2nd St., Davenport, right off the Centennial Bridge.

German ethnic dress, through a variety of textiles, clothing and accessories from the GAHC collection and members.

The exhibition (which will be displayed through Aug. 22) is included with general admission: $5 for adults, $4 for seniors, $3 for children and free to members.

On Saturday, April 3, starting at 6 p.m., it will have an outdoor 10-year party, at which Fawks will play some of his favorite records.

Food and drink will be available to purchase from their walk-up window. “and even though we are all slowly getting vaccinated, please respect other people’s space,” according to the event page, noting masks will be required to use the restrooms inside.

“The 10-year party isn’t what I had imagined it would be – I had grandiose ideas of what we would do for it pre-pandemic, but I guess this will have to do,” Fawks said, noting this is the first 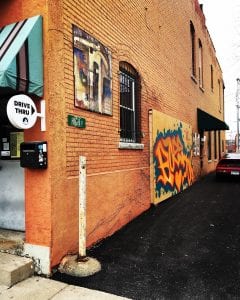 Rozz-Tox in downtown Rock Island has been closed inside since last March and is only doing drive-through, outdoor service.

weekend they’ll be open since last Halloween. “I anticipate a good turnout. It’s wild that we’ve been here 10 years. There’s a lot of memories, and we’ve built a great community over the years. I really look forward to seeing everyone again.”

Rozz-Tox (which has been closed inside since last March) offers drive-through, walk-up hours from 7 a.m. to 1 p.m. weekdays, 6 p.m. to midnight Thursday and Friday, and 10 a.m. to midnight Saturdays. For more information, visit www.rozztox.com.

To see a trailer for Friday’s film, visit www.youtube.com/watch?v=MB1UMfC8koc.

The rest of the German film series will include:

For more on the German American Heritage Center and Museum, visit www.gahc.org.

Jonathan Turner
Jonathan Turner has been covering the Quad-Cities arts scene for 25 years, first as a reporter with the Dispatch and Rock Island Argus, and then as a reporter with the Quad City Times. Jonathan is also an accomplished actor and musician who has been seen frequently on local theater stages, including the Bucktown Revue and Black Box Theatre.
See More Articles From Jonathan Turner
Tagged: GAHCGerman American Heritage Centergerman film festivalkingartenRozz Toxthe edukators