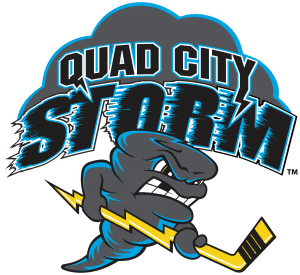 Storm defenseman Ludlow Harris Jr. has been suspended for a single game by the SPHL for an elbowing penalty he received in last Saturday’s game.  He will miss this Thursday’s game versus the Birmingham Bulls.  Per the SPHL: “Quad City’s Ludlow Harris, Jr. has been suspended one game as a result of his actions in SPHL Game 34, Birmingham at Quad City, played on Saturday, November 10. Harris was assessed a major penalty for elbowing at 12:41 of the first period. Harris will miss Quad City’s game against Birmingham on Thursday, November 15.”
Advertisement

Sean Leary
Sean Leary is an author, director, artist, musician, producer and entrepreneur who has been writing professionally since debuting at age 11 in the pages of the Comics Buyers Guide. An honors graduate of the University of Southern California masters program, he has written over 50 books including the best-sellers The Arimathean, Every Number is Lucky to Someone and We Are All Characters.
See More Articles From Sean Leary
Tagged: BirminghamKnoxvilleIce Bearslocal hockeyLudlow Harris Jr.QC StormTim PerksTyler Minx