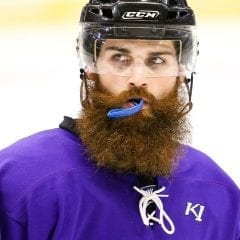 Today the Quad City Storm acquired defenseman Tyler Minx from the Knoxville Ice Bears in exchange for future considerations. Minx, a left-handed defenseman, is a native of Oklahoma City.  Storm forward Tim Perks has been released to create roster space for Minx.    Storm defenseman Ludlow Harris Jr. has been suspended for a single game by the SPHL for an elbowing penalty he received in last Saturday’s game.  He will miss this Thursday’s game versus the Birmingham Bulls.  Per the SPHL: “Quad City’s Ludlow Harris, Jr. has been suspended one game as a result of his actions in SPHL... Read More