The “Life is Beautiful” fundraising event is back this weekend for its third year, with a “Quaran-Tune” twist. 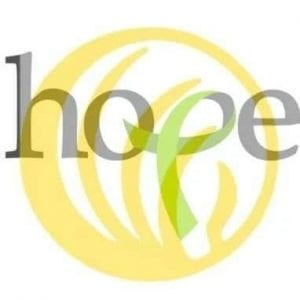 A three-night live stream from Bishop Hill Creative Commons, a visual and performing arts cooperative in Bishop Hill, is being made possible by Heartland Connections. Concert organizer Joe Lee of Moline moved the event from in-person to live stream to meet evolving pandemic trends.

“Because of Covid, especially with the rise in cases, we thought this would be a good idea to do a live stream, to draw people together,” he said recently.

In its first two years, “Life is Beautiful” was a one-day festival held at the Bierstube, Moline, raising about $1,500 each year for the local chapter of the National Alliance on Mental Illness (NAMI). It had originally been planned for the first Saturday in June this year before Covid hit, and the hope is to return to that format in 2021, where there are plans for two outdoor stages outside of Rozz-Tox, Rock Island. 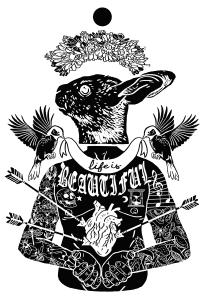 The event was inspired by the suicide death of William Martin, who was involved in the area music and arts community, and took his life Oct. 5, 2017, in Davenport, at age 36. Local artist Carolyn Krueger, who formerly ran The ARTery in downtown Rock Island, helped organize the first benefit concert in June 2018, to support NAMI, as did a six-week art exhibit (“Life is Beautiful”) that summer at the ARTery.

This weekend’s event is Friday through Sunday, Aug. 14 to 16, from 5 to 9 p.m. each day. It will be live streamed across the Heartland Connections Facebook page, and NAMI Greater Mississippi Valley Facebook page and YouTube channel. The concert is free. Donations are encouraged to support NAMI’s no-cost mental health support programs and are being accepted at www.namigmv.org/donate/.

“Now more than ever, suicide prevention and mental health supports are critical. More people may now be affected by anxiety or depression from the Covid experience,” Lee said. “Area visual and performing artists started this event in memory of a dear friend who struggled with depression.

“We thought NAMI’s grassroots approach to helping individuals and their families is very much needed in our community,” he said. “I really appreciate the arts community working with NAMI to fight the stigma surrounding mental illness and encourage everyone to find help and hope.”

The Q-C band Been There Done That kicks off the three-day lineup on Aug 14 at 5 p.m.

A recent study found that the economic downturn caused by Covid-19 could cause about 20 more lives lost per day by suicide (the U.S. has averaged 132 per day), this year alone. The study comes from the research arm of Everytown for Gun Safety, a nonprofit organization which advocates for gun control.

Researchers at Everytown looked back at prior crises that led to massive unemployment, including the Great Depression of the 1930s and the Great Recession that ended in 2010.

The Great Recession, for example, led to an estimated 4,750 additional deaths by suicide — though not all specifically by firearms. Based on Everytown’s research of the impacts of unemployment on suicide from past recessions, the researchers estimate this economic downturn could lead to a 20-percent to 30-percent increase in the number of lives lost to suicide in the U.S. in 2020: an additional 5,000 to 7,000 lives.

In 2018, 48,344 Americans died by suicide, and there were 1.4 million suicide attempts, according to the American Foundation for Suicide Prevention. The Federal Communications Commission has approved a new three-digit suicide prevention hotline, which will take two years to implement.

Telecom and voice service companies will be mandated to have a 988 hotline by July 16, 2022.

The “Life is Beautiful” virtual lineup of local and regional artists includes:

One in five people experience a mental health disorder in any given year, according to NAMI, which provides free education and support programs to those living with a mental health condition and their families. NAMI provides advocacy, education, support and public awareness so that all individuals and families affected by mental illness can build better lives.

Jonathan Turner
Jonathan Turner has been covering the Quad-Cities arts scene for 25 years, first as a reporter with the Dispatch and Rock Island Argus, and then as a reporter with the Quad City Times. Jonathan is also an accomplished actor and musician who has been seen frequently on local theater stages, including the Bucktown Revue and Black Box Theatre.
See More Articles From Jonathan Turner
Tagged: bishop hill creative commonsEventsheartland connectionsLife is Beautifullivemental illnessmusicNAMIonlineQuad CitiesQuaran-tuneThings To Dovirtual