Davenport Junior Theatre (DJT) will be celebrating its 70th season of theater “for kids, by kids” with a four-show Mainstage season consisting of two DJT classics, Winnie-the-Pooh and Imagine That!, and two first-time shows: Annie Jr. and The Phantom Tollbooth. All shows will be free to audience members. 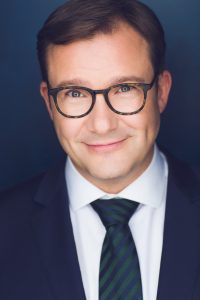 “Coming out of the pandemic into our 70th season makes the cause for celebration even more special,” says Ben Gougeon, DJT’s artistic director. “We wanted to honor our history while also looking forward to DJT’s future. During last year’s ‘pause’ on live theatre, we also envisioned a future where we could break down as many barriers as possible to kids participating in and seeing theatre. By eliminating the cost of a ticket, more families can attend productions and experience the magic of great storytelling.”

DJT will kick off its 70th season in October with Winnie-the-Pooh, based on the book by A.A. Milne and adapted by Kristin Sergel. DJT has visited the 100-acre wood 11 previous times in its history, but this will be the first production featuring the “silly ol’ bear” since 2009. “Not only is Pooh a beloved character the world round, but Pooh also holds a

special place in DJT’s history, having been performed many, many times, including several years on our now retired Show Wagon,” said Gougeon.

Pooh will be followed by newcomers to the Mary Fluhrer Nighswander Theatre (2822 Eastern Ave., Davenport), Annie Jr. and The Phantom Tollbooth.

For the final show of the season, DJT will be performing Ed Graczyk’s Imagine That! in conjunction with a 70-year celebration featuring an alumni reunion, fundraisers, and more. This will be DJT’s sixth production of Imagine That!, and was a favorite of the many alumni who performed in it during the ‘70s, ‘80s and ‘90s.

Founded in 1951, Davenport Junior Theatre is the nation’s second-oldest children’s theater. Classes (both virtual and in-person) and camps are offered year-round in theatre and dance for students ages 3 to 18. DJT prepares kids for a lifetime of success, no matter what path their 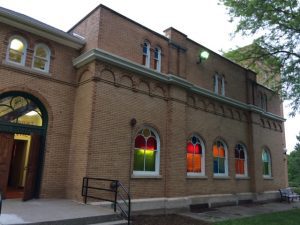 The DJT Nighswander Theatre is at 2822 Eastern Ave., Davenport.

lives may take. Details on the 70th season are:

Based on the book by A.A. Milne; adapted by Kristin Sergel

By Susan Nanus; Based on the book by Norton Juster

Registration is open for fall theater and dance classes, which start on Sept. 11. For more information, visit www.davenportjuniortheatre.org.

Jonathan Turner
Jonathan Turner has been covering the Quad-Cities arts scene for 25 years, first as a reporter with the Dispatch and Rock Island Argus, and then as a reporter with the Quad City Times. Jonathan is also an accomplished actor and musician who has been seen frequently on local theater stages, including the Bucktown Revue and Black Box Theatre.
See More Articles From Jonathan Turner
Tagged: Annie Jrben gougeonchildren's theaterchildren’s eventsDavenport Junior Theaterimagine thatquadcities childrens eventsquadcities childrens theaterquadcities kids eventsQuadCities theaterthe phantom tollboothWinnie the Pooh