Disney Performers With Quad-Cities Ties Still Not Working in Florida 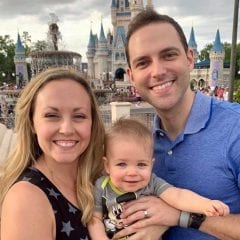 Though the Actors’ Equity Association reached an agreement with Walt Disney World last month regarding Covid-19 testing, performers Nathan and Whitney Meyer still have not been called back to work. Disney and Equity were in discussions over the testing of cast members (as Disney employees are called) since late June; the four Orlando-area theme parks reopened to the public in mid-July. “We have been consistent that testing is an important part of ensuring a safe workplace for Equity performers, and today, I’m pleased to see that Disney World has agreed,” Kate Shindle, president of... Read More