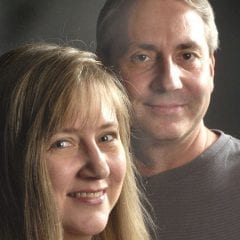 Kelly and Tammy Rundle of Moline-based Fourth Wall Films are certainly hoping the fifth time is the charm. After four previous nominations for Mid-America Emmy Awards (but no wins), the veteran documentary filmmakers received three more last week for their first docudrama, “Sons & Daughters of Thunder,” and another for their documentary “Becoming Harriet Beecher Stowe.” The Emmy awards (for TV broadcasts mainly in Missouri, Arkansas and Illinois outside Chicago) will be announced on Nov. 21 in an online ceremony. “We believe in the films and we’re glad the Emmy judges believe... Read More