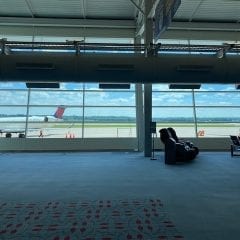 Despite federal health officials urging people to stay home, millions of people will fly during Thanksgiving week, including many through the Quad City International Airport, Moline. More than 1 million air travelers passed through security checkpoints at U.S. airports Nov. 20 and 22 for only the second and third time since the pandemic began, according to the Transportation Security Administration. Sunday was the single-busiest day at airport checkpoints since March. Saturday, the travel numbers neared a million, bringing the three-day total to more than 3 million passengers. The surge in... Read More