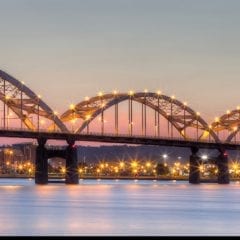 The Quad-Cities ranks number 79 among the top 150 best places to live in the nation, and the sixth most affordable, according to U.S. News & World Report. The report, released this week, represents a pretty good win in economic development. U.S. News analyzed 150 metro areas in the U.S. to find the best places to live, based on quality of life and the job market in each metro area, as well as the value of living there and people’s desire to live there. The report used 2019 figures, showing the Q-C with a 4.2% unemployment rate (it was twice that as of August 2020), metro population of... Read More