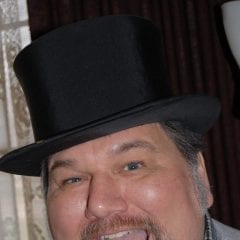 From the time I first saw Tim VanHyfte’s artwork, not long after I moved to the Quad-Cities in the mid-’90s, I was absolutely enthralled. VanHyfte had a beautiful, intricate, original and wonderful style that was distinctly his own. Most of Tim’s subjects were women, and his artwork presented them as beautiful mysteries, fantastic worlds and journeys to be taken through merely the look in their eyes, the way they held themselves, the environments in which they were presented. It was reminiscent of a Gen X version of Andrew Wyeth’s “Christina’s World” —... Read More