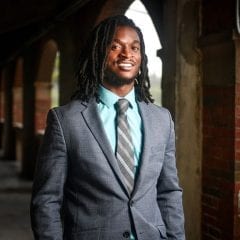 EXCLUSIVE: Thurgood Brooks, who recently led the charge to pass The Resolution to improve relations between police and the Rock Island community, is considering a run for lllinois State Representative for the 72nd District, which includes the Quad-Cities. The current representative, Mike Halpin, announced today he would be leaving the seat to run for State Senate. Brooks, who was narrowly defeated in the Rock Island Mayoral election earlier this year, has been extremely active in the community, from his work as a football coach with Rock Island High School to his various charitable projects and... Read More