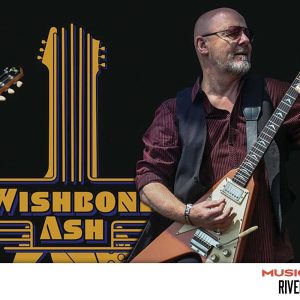 The Redstone Room/River Music Experience 129 Main Street, Davenport Tuesday, March 8th Doors 7/Show 7:30 $20 General Admission/$50 Table All Ages By Loren Thacher Fifty years ago this January, trailblazing English rock band Wishbone Ash settled into London’s DeLane Lea studios to record their third record. The result was a masterpiece, an album both ahead and very much in step with its time. Argus became their best-selling album and creative high point, with the quartet perfecting their harmonized twin-lead guitar sound and adding a misty, pastoral and epic folk element to their mix of jazz,... Read More 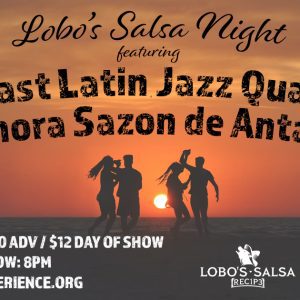 Looking to spice things up a bit this Saturday night? Lobo’s Salsa Night featuring Ed East Latin Jazz Quartet and Sonora Sazon de Antano heats up The Redstone Room at River Music Experience (129 N Main St Davenport) this Saturday Feb 19. Doors open at 7 p.m. The party begins promptly at 8 p.m. and goes until 10:30 p.m. Must be 19+ or accompanied by an adult. Tickets are $10 in advance or $12 at the door and Reserved Tables are available for $50. Both can be purchased on Eventbrite. This evening will be filled with energy, great rhythms and good times! The air will be filled with sounds of Salsa,... Read More