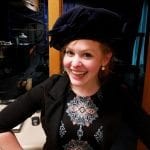 For the first production in its fifth season of stage entertainment, the QC Theatre Workshop will turn back the clock for its dramatic presentation Inheritors, running August 19 through September 4. Written by Davenport native Susan Glaspell, whose Alison’s House won the 1931 Pulitzer Prize for Drama, Inheritors’ original New York Times review called it a work that “stands firm and skillfully distinguishes the false from the true social values,” and Glaspell’s 1921 play proves just as relevant in 2016 as it must have been nearly a century ago. Inheritors will be presented... Read More