‘Hedwig’ an early contender for best Quad Cities show of 2016 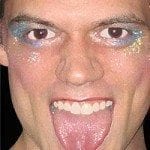 We’re barely a month into the local theater season, but already the bar has been set pretty high for best show of the year with “Hedwig and the Angry Inch.” The rock musical, produced masterfully by Tristan Tapscott (best known for his work as impresario of District Theater) and brilliantly acted by titular star Anthony Jade Natarelli, is a bravura production, doing the award-winning source material proud and presenting a show of rare entertainment and exquisite humanity. For those who haven’t seen it or heard of it, “Hedwig,” which is making its area stage debut at Rock Island’s... Read More