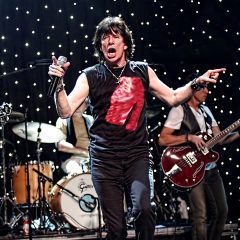 The past 17 months certainly proved you can’t always get what you want, but this Saturday, for once, you can get what you need and a good dose of satisfaction at a special Riverfront Pops. On Saturday, Aug. 21 at 7:30 p.m., Quad City Bank & Trust Riverfront Pops returns to Davenport’s LeClaire Park with The Music of the Rolling Stones: Mick Jagger & Keith Richards 1969. The Quad City Symphony Orchestra will pay tribute to The World’s Greatest Rock ‘n Roll Band with vocalist Mick Adams and a full rock band under the direction of guest conductor Martin Herman. Herman said Tuesday... Read More