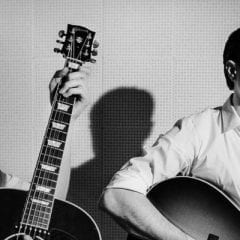 Whether you romanced and danced to the music of the 50’s, or wished you would have, you won’t want to miss the next musical performance at Triple Crown Whiskey Bar & Raccoon Motel! The Ruen Brothers take the stage at Triple Crown Whiskey Bar & Raccoon Motel (304 E 3rd St. Davenport) this Thursday Feb 7. Doors open at 6 p.m. and the music begins at 7 p.m. The rockabilly band from Scunthorpe England, features siblings Henry and Rupert Stansall. The band released its debut album, All My Shades of Blue in 2018. The album was produced by noted producer Rick Rubin and received favorable reviews... Read More