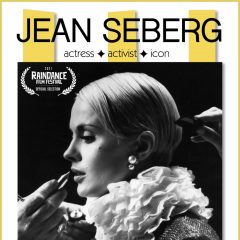 Kelly and Tammy Rundle have done it again! The Moline filmmakers have notched up yet another accolade in an impressive string of them. The duo announced on social last night: WE ARE GOBSMACKED! We, and our co-producer Garry McGee, are very pleased to announce that “Jean Seberg: Actress Activist Icon” is an Official Selection at the 2021 Raindance Film Festival in London. Raindance is the largest independent film festival in the U.K. and it’s rated among the top 10 international festivals for independent filmmakers. “Jean Seberg” will have its international premiere... Read More