Planning Your Weekend? Listen To Our Weekend In 2 Minutes Podcast HERE! Looking for something to do this weekend? Listen to the Weekend in 2 Minutes podcast! Every Thurday, we give you a rundown of some of the cool things happening in and around the Quads over the coming week END! This week? Alternating Currents brings in a HUGE slate of events this weekend, but that’s not all, Whiteside County Fair is going on, LeClaire is having live music, Poopy’s is holding a Country Festival and bike events, and there’s a whole lot more! Get all the details on your latest Weekend in 2 Minutes! LISTEN HERE!  Read More

Looking For Some Fun Events In The Quad-Cities This Weekend? Get The Details Here! 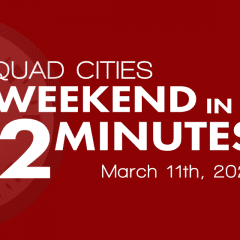 Looking for a good time in the Quad-Cities this weekend? Every week we give you our podcast, Weekend in 2 Minutes, which may be a little longer than two minutes, but offers a quick listen for you to hear all about some of the awesome things going on in and around the area! Give it a listen below, and check it out every week, here on QuadCities.com… Quad Cities Weekend In 2 Minutes – March 11th, 2021  Read More 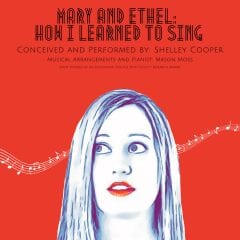 Shelley Cooper grew up glued to the Golden Age of Broadway (roughly between 1930 and 1960), and many of those shining shows were ruled by two towering female talents – Mary Martin and Ethel Merman. The lives and songs of Martin (1913-1990) — vulnerable, dainty, and lovely – and Merman (1908-1984) — brassy, unapologetic, and bold, will be highlighted in a new one-woman show by Cooper, a 34-year-old musical theater professor at Augustana College. “Mary and Ethel: How I Learned to Sing” will include new medleys arranged by Quad-City music director, Mason Moss, in two shows at 7... Read More