In place of a massive, festive in-person concert at Centennial Hall, Augustana College is presenting a new virtual performance of “Christmas at Augustana” throughout the month of December. To kick off the Christmas season, the Rock Island-based college has adapted its typically sold-out performances to an at-home experience for all. Three hundred student musicians will be participating in performances by the Augustana Brass Ensemble, Ascension Ringers, Augustana Symphony Orchestra, Augustana Choir, Augustana Concert Chorale and Jenny Lind Vocal Ensemble and the Augustana Jazz Ensemble. Throughout... Read More 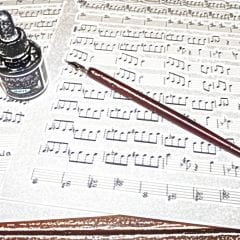 Are you NERVOUS? Well, maybe you should be if you think you might miss Nervous Neal Smith’s live stream featuring his original music! Monday the 29th at 8 p.m. Central time, Smith will be presenting a Facebook live stream consisting entirely of original music. Included in the mix will be songs recently licensed for use by NBC Sports, The Science Channel, TruTV, and Telemundo. Smith is best known for his work with a variety of acts around the Quad-Cities, including the Kabalas and Metrolites, as well as his own bands. “If you don’t think the music will entertain you, watching... Read More