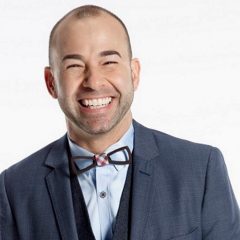 Comedian James “Murr” Murray is performing live at 7 p.m. Sunday, Sept. 12 at The Rust Belt, 533 12th Ave. East Moline. It’s a hilarious hang out with your favorite impractical joker at your favorite venue.Tickets ($35 – $42) are available HERE. More info: https://bit.ly/TRBMurr “Murr” is an American comedian and actor who came to fame as a founding member of the comedy group named ‘The Tenderloins.’ His group became known for their TV show ‘Impractical Jokers’ on TruTV. The show, which features the members of the troupe doing public pranks, has been well-received by the... Read More