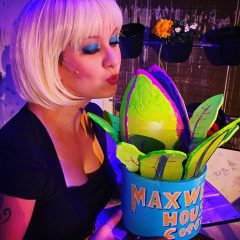 This week is special in more ways than one for the cast and crew of a new Spotlight Theatre production of the beloved musical, “Little Shop of Horrors.” The portentous prologue to the funky, campy, black comedy begins: On the twenty-first day of the month of September In an early year of a decade not too long before our own The human race suddenly encountered a deadly threat to its very existence And this terrifying enemy surfaced as such enemies often do In the seemingly most innocent and unlikely of places… Directed by Spotlight co-owner Brent Tubbs, and starring Jacob Johnson as... Read More