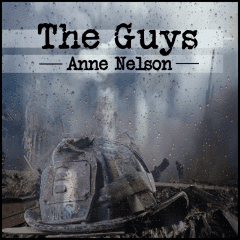 The Black Box Theatre located in downtown Moline is presenting ‘The Guys’ by Anne Nelson to honor the heroism of first responders on the 20th anniversary of 9/11. Based on a true story, “The Guys” follows an editor named Joan, who receives an unexpected phone call on behalf of Nick, a fire captain who has lost most of his men in the 9/11 attack. He is looking for a writer to help him with the eulogies he must present at their memorial services. Nick and Joan spend a long afternoon together, recalling the fallen men through recounting their virtues and their foibles, and fashioning the stories... Read More