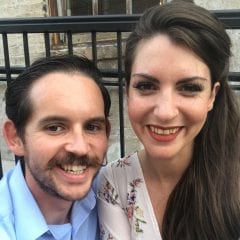 The newest children’s theater instructor at Moline’s Spotlight Theatre has traveled far and wide to pursue her passions – theater and history. Lily Maynard – a friendly 34-year-old who’s married to Quad City Arts executive director Kevin Maynard – grew up in Anchorage, Alaska. She earned her BFA in musical theater in 2011 and a master’s in history, both from Western Illinois University. Since her first appearance on stage in a Florida high school production of Stand and Deliver (1999), Lily has appeared in more than 50 productions — including Guys and Dolls, You’re... Read More