Gatlin Boys Are Back In Town 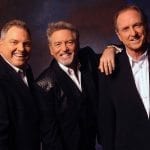 The Gatlins are returning to the Quad-Cities. Larry Gatlin & the Gatlin Brothers will be performing at the Waterfront Center in Bettendorf at 7:30 p.m. Friday, February 17. Tickets are available now at www.ticketmaster.com. Larry Gatlin & the Gatlin Brothers have been dazzling audiences for more than 60 years.  It all began in Abilene, Texas in 1955, when Larry was six, Steve was four, and Rudy was two.  Since those days, the road the brothers have plowed has won them countless awards and has taken them to numerous concert halls, festival stages, national television shows and even the... Read More

The Real Larry Gatlin Sits Down At Circa Tuesday 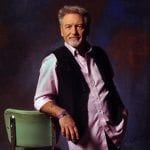 Legendary country performer Larry Gatlin will sit down and make himself at home on the Circa ’21 stage in his one man show “WILL THE REAL LARRY GATLIN PLEASE SIT DOWN” for two shows on October 11. The theatre will offer a matinee and evening show.  Doors for the matinee open at 11:45 with a plated lunch served from 12-12:45 and show at 1 pm.  Doors for the evening show open a 5:45 with a five entree buffet open from 6-7, and show at 7:15.  Tickets are $44.41 for the matinee and $50.16 for the evening show. Tickets may be reserved by calling the Circa ’21 ticket office... Read More