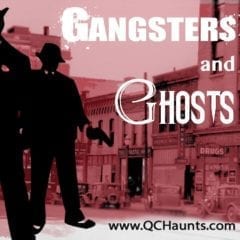 Step into the past with Quad City Haunts & History Tours. You’ll discover that dead folks do tell tales as you explore the streets and haunts of Rock Island. Join QC Haunts for their current walking tour of Rock Island, Gangsters & Ghosts. If you think all the big-time gangsters of Illinois were in Chicago, then you haven’t heard about John Looney. In the early 1900s, Looney ruled an empire of booze, bribery, extortion, gambling, and prostitution … and he was responsible for at least six murders.  See Looney’s old haunts and some actual haunts along the way, including... Read More

Get Looney at this Jazz Party and Scavenger Hunt! 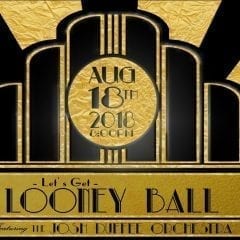 Have you been waiting for the perfect event to pull out that flapper dress or striped suit? The time has arrived! Make plans to attend a Let’s Get Looney Jazz Party and Scavenger Hunt, hosted by Skellington Manor (420 18th Street Rock Island) this Saturday Aug 18! Back in the day, John Looney, the original Quad-Cities vice lord, ran a number of criminal enterprises in the area, many within walking distance from The Manor. Spend the evening learning about that rich history of 1920s Rock Island from characters ripped right out of the pages of history. Live actors will take you back in time to tell... Read More