TEDxDavenport Unlike Anything You’ve Experienced 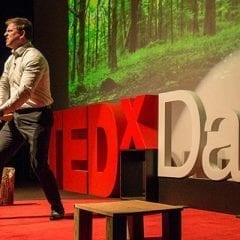 TEDxDavenport will be held at the Figge Art Museum (225 W 2nd Street Davenport) in the John Deere Auditorium on Wednesday Mar 27. The event will kick off at 12 p.m. sharp and run through 5 p.m. with a networking intermission and a local craft brewery social hour following the conference. The independently organized event, licensed by TED, will feature local voices and TED Talks videos under the theme of SOLVE FOR X. TEDxDavenport is unlike any conference or networking event you’ve attended. You’ll engage with other open-minded idea-seekers in a half-day exploration of powerful ideas and unique... Read More 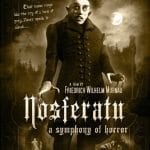 The last shows in the “Germans in Hollywood-Film & Lecture Series” are guaranteed to scare up plenty of interest among horror fans. “American Horror Story” (2011-2016), “Nosferatu” (1922) and “Freaks” (1932) will all be presented beginning at 3 p.m. Sunday, August 28. Admission is $5 at the Figge Art Museum, John Deere Auditorium. Benjamin Mier-Cruz will present this final installment of the Film & Lecture Series focused on the fantasy and horror genre. He will discuss and compare this modern American television show with classic German noir and Austrian horror films,... Read More

Wilder Comedy ‘One, Two, Three’ Next To Unspool In Figge Film Series 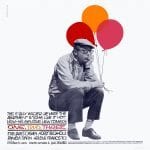 “One, Two, Three,” by the comedic film genius Billy Wilder is the next film to unspool in the Germans in Hollywood: Film & Lecture Series taking place at 3 p.m. Sunday, Aug. `14 at the Figge Art Museum-John Deere Auditorium, downtown Davenport. The film will be presented and accompanied by a lecture by Augustana College German professor Lisa Seidlitz. Cost is $5 per person. “One, Two, Three” is a 1961 American comedy directed by WIlder. The film festures James Cagney, Horst Buchholz, Lilo Pulver, Pamela Tiffin, Arlene Francis, Leon Askin, Howard St. John, and others. In the film a... Read More