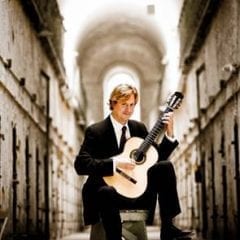 Jason Vieaux, a highly praised classical guitarist with accomplishments ranging from symphony soloist to a Grammy Award winner, will provide outreach engagements in Quad City schools and community sites from Nov. 26 through Dec. 7, with a solo recital in Davenport on Dec. 8.  Vieaux is the guitarist that goes beyond the classical and is “among the elite of today’s classical guitarists,” according to Gramophone Magazine. Vieaux’s most recent solo album, “Play,” won the 2015 Grammy Award for Best Classical Instrumental Solo. In 2012, the Jason Vieaux School of Classical Guitar... Read More