Here’s A Trend That Needs To Start: How About A National Better Parenting Day? 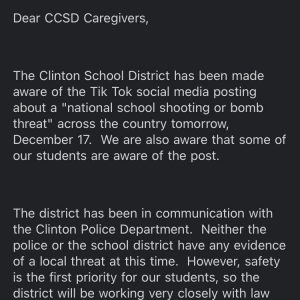 I don’t feel like writing anything funny today. Just not in the mood. For the second consecutive Friday, I, and millions of other parents across the country, have had to deal with a bunch of hysteria over kids allegedly threatening to shoot up schools. In fact, this week’s threat went nationwide, as a trend on TikTok calling for a National Shoot Up Your School Day swept viral with such speed that by Thursday afternoon, schools across the country were all sending out e-mails telling parents about it and saying they were stepping up security, and would understand if parents wanted to... Read More