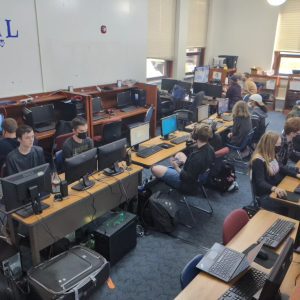 Davenport Schools students are excelling at a new kind of sports competition, one that takes them to different realities, finds them in battles with monstrous creatures, and pits them against daunting tasks that sometimes defy the very laws of time and space. Esports, competitive video gaming, has become a huge industry over the past decade, with many schools across the world founding their own teams to compete against rival schools. During that time, Davenport Community School District has become one of the top esports programs in the country – and it’s more than just a bunch of kids sitting... Read More