Plenty Going On With The Q-C Storm! 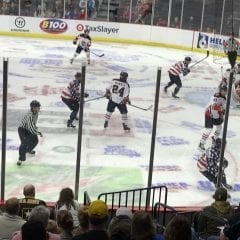 There’s plenty going on with the Quad-Cities Storm this week! The hockey team has been active in roster changes and more. Here’s the rundown: Harrison Added To Bolster Blue Line   Patrick Harrison has been signed by the Quad City Storm. Harrison is a defenseman from Vernon, Ontario and is in his fourth year playing professional hockey. He has spent time in the FHL and SPHL and played in nine games this season with the Roanoke Railyard Dawgs.   Caligiuri Returns And Stewart Is Released   Vinny Caligiuri has been activated from the injured reserve. Caligiuri racked up a goal and... Read More