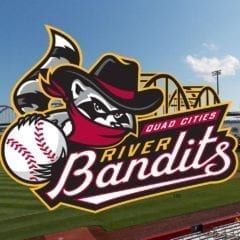 The Quad City River Bandits could be sinking, or changing ships, losing their affiliate as an official minor league team to Major League Baseball in 2020. According to an article published Saturday in the New York Times, a Major League Baseball proposal has been forwarded that would cut ties between 42 minor league teams and their major league partners.  The Quad City River Bandits, a minor league affiliate of the Houston Astros, are on that list. Many of the teams have been lower division bastions for decades, with one, the Chattanooga Lookouts, having been a minor league affiliate since 1885.... Read More