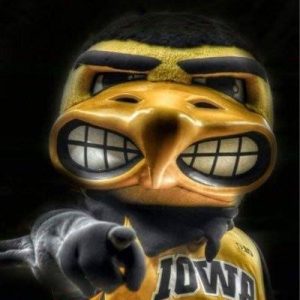 World famous Iowa Hawkeye mascot Herky the Hawk will be in attendance Friday night at the TaxSlayer Center when the Storm battle the Peoria Rivermen.  At the conclusion of the game Herky will take flight to Indianapolis to cheer on the Iowa Hawkeye football team as they battle the Michigan Wolverines in the Big 10 Championship Game. Herky had been previously scheduled to attend the Storm’s ‘College Night’ game on Saturday but was forced to change his appearance date when Iowa secured a spot in the Big 10 Championship game Saturday. Fans can get tickets for Friday and Saturday’s game at... Read More