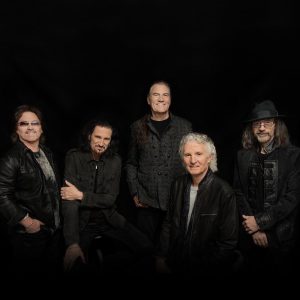 Originating from Flint, Michigan in 1969, this top selling American rock group of the 70’s is “COMIN’ TO YOUR TOWN TO HELP YOU PARTY IT DOWN.” Grand Funk Railroad is extremely excited to be touring in 2022 marking a 53-year milestone. After playing to millions of fans on the band’s tours from 1996 to 2021, Grand Funk’s 2022 Tour will continue to reach both new and long-time fans. Internationally acclaimed Grand Funk has toured the world, selling out in the U.S., Canada, Europe, Japan and South America. A 1971 performance at New York’s Shea Stadium sold out faster than the Beatles.... Read More