Who Should Be The NBA MVP? The Answer Might Surprise You… (Hint: NOT LeBron!) 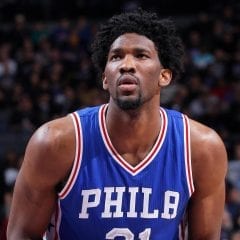 We’re entering the home stretch of the NBA season and along with talk of playoffs and playoff seeding (more on that in days to come), here comes the speculation on post-season awards firing up. The biggest award, of course, is the MVP trophy, which causes the greatest debates and in many ways generational rifts among sports fans. There’s a highly vocal contingent of mostly younger sports commentators who absolutely worship LeBron James, and their media companies make millions off of clickbait articles unreasonably and unfairly comparing him to Michael Jordan. There is no comparison. This... Read More