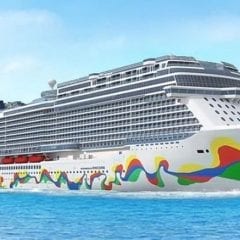 Kortney Gaura and her daughter were really looking forward to swimming with the pigs. A co-owner of K&K Hardware in Bettendorf with a heart of gold, Gaura was among 2019 winners of Norwegian Cruise Line’s (NCL) Encore Moments campaign. The 51 winners nationwide (Gaura was honored for the state of Iowa) were feted in New York City in December 2019, an initiative to recognize and reward everyday heroes across the U.S. and Canada for the positive impact they have on those around them. The winners, who were nominated for their selfless efforts, were treated to an afternoon appreciation event... Read More