‘Bright Lights’ Is A Shining Masterpiece At The Chicago Film Festival 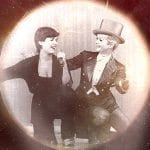 “Bright Lights,” a documentary from Fisher Stevens (Oscar-winning “The Cove”) and his wife Alexis Bloom played the Chicago Film Festival and was absolutely one of my favorite films of the entire festival. It is the story of screen icons Debbie Reynolds (“Singin’ in the Rain”) and Carrie Fisher (“Star Wars”) showing two generations of show business life in a fantastically entertaining warts-and-all portrait as they battle aging, celebrity and each other. Fisher Stevens told us on the Red Carpet, “Carrie called me to film her and her mother and she thought it might be kind of... Read More