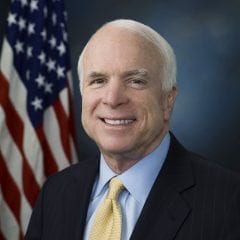 Davenport native Mark Salter – the longtime confidant and speechwriter for U.S. Sen. John McCain – is co-writing a film script on the late maverick Senator’s cinematic life. An Assumption High School alum whose father was executive director of Mississippi Valley Fair for decades, Salter is penning the biopic with television producer Craig Turk (“The Good Wife,” “FBI”). The film is being made with support from McCain’s family. His widow, Cindy McCain, will serve as an executive producer. “John’s story is one of incredible heroism, of serving causes greater than his own self-interest,”... Read More