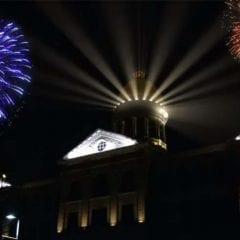 Augustana College in Rock Island had extra special reason to celebrate on New Year’s Eve, as the blue lights on the Old Main dome turned gold to mark the private school exceeding its $125-million fundraising goal. For its ambitious “AUGUSTANA NOW” campaign, Augie raised a total of $133,662,743. “We set an audacious goal, and it took the hard work and shared vision of literally thousands of people to surpass that goal by millions of dollars,” said Kent Barnds, executive vice president for external relations and the leader for philanthropy at Augustana. The public phase of the campaign... Read More