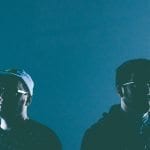 Think you won’t get enough cool music and vibes from River Roots Live? Going to be looking for an after-party venue after the LeClaire Park festival shuts down its lights Saturday night? Well, check out RaggedTrotter, because it’s the spot for you. This year the official after-party for River Roots has moved to the downtown Davenport’s Daytrotter building, just blocks from the River Roots festival at 324 Brady St.  As the music is winding down on the riverfront, things will be taking off at RaggedTrotter. “This years event is a bit smaller, but it’s the first time we’re doing... Read More