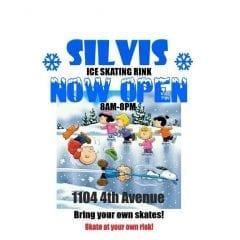 Looking for a fun-filled way to take advantage of these freezing temperatures? How about some good ol’ fashioned Ice Skating! Ice Skating has officially returned to the City of Silvis! That’s right, you can once again find some FREE family-friendly fun on the ice at Schadt Park (1101 4th Avenue Silvis). In December of 1917, Silvis opened their original skating rink. The skating rink was completed at the expense of the village, under the supervision of Mayor Fred Hartline (reportedly it was not until after 1919, under Mayor George Sleeth, that the term “mayor” was officially used). The rink... Read More