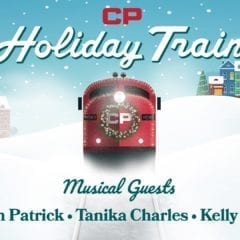 The Canadian Pacific (CP) Holiday Train will soon set out once again to entertain hundreds of thousands of people, celebrating 21 years of collecting food and raising funds for food banks across North America. The CP Holiday Train program launched in 1999 and has since raised more than $15.8 million and gathered 4.5 million pounds of food for communities along CP’s routes in Canada and the United States. Every pound and dollar raised at each stop stays with the local food bank to help feed those in need in that community.   ****DATE**** December 7, 2019   ****LOCATION**** Davenport Corner... Read More

Where Is The Comics World’s Don Draper?

In a previous article I talked about NPR’s coverage of Canadian Prime Minister Justin Trudeau being on the cover of Civil War Two: Choosing Sides #5 and how it seemed more like a Marvel PR stunt then official international news. This led me to wonder why comic books are so terrible at selling themselves. I can remember the first time I saw a television commercial for a comic book. It was about five years ago while watching Doctor Who reruns on BBC America. There was a commercial promoting Fables, a DC/Vertigo comic about how the Grimm Fairy Tales characters are adjusting to life in the 21st Century.... Read More 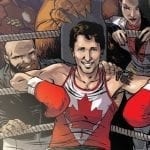 NPR had an interesting piece I was listening to recently. Listening to NPR has been a recent change in my morning routine since most of the morning radio programming in the Q-C is either bad music or worse comedy. The piece they had was about the Prime Minister of Canada, Justin Trudeau, appearing in a Marvel comic. I found the article very frustrating because they referred to the comic several times, but they never once actually used the title of the book. I found the transcript of it on their webpage and the closest they come is referencing Civil War Two, the crossover event the comic they were... Read More