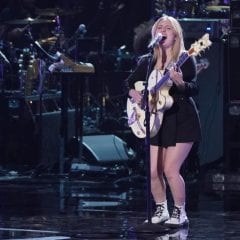 Although Althea Grace’s inspiring run on ABC’s “American Idol” was stopped on Monday night’s “Showstoppers” round, the 21-year-old Chicago-area native is not stopping. She’s working it out. “My heart is so full with all of your love after my run on ‘American Idol,’” Grace posted on social media, after failing to make the top 24 in the national singing competition. “Of course, I would’ve loved to have gone further, but in the end — I am so proud of myself!” On March 29, she sang the soulful, impassioned Stevie Wonder version of the Beatles’ “We Can Work It... Read More 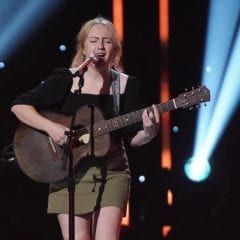 Before she achieved her musical dreams on ABC’s “American Idol,” Althea Grace lived through a personal nightmare with her little daughter. The persistent, inspiring 21-year-old native of Algonquin, Ill. (near Chicago) had her first child, Lennon, in Los Angeles Jan. 22, 2019. Grace has loved music and “American Idol” since she herself was little – writing her first song at age 4. Her parents named her after a 1980 Grateful Dead song, and Grace named her daughter after the legendary ex-Beatle who was murdered in 1980, since Althea is a huge Beatles fan. On Thursday – three days after... Read More