It Seems To Be Back To The ‘90s In Comics 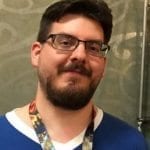 Going over the news coming out of the Chicago Comic and Entertainment Expo (C2E2) there was a comic coming out from DC Comics that is following a recent trend in comics that I personally find overexposed. Following DC’s new Batman event Dark Nights: Metal, DC is starting a new imprint: Dark Matter. Dark Matter appears to be the most 90’s thing I’ve seen in comics since they announced the new Youngblood comic. One of the ways you know how 90’s these comics are is because DC’s announcement let the writers play second fiddle to the artists they had on these books. To the point that the artists... Read More