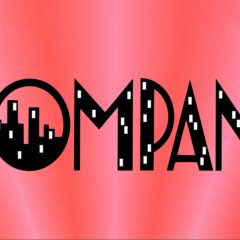 Phone Rings! Door Chimes! “Company” is coming to The Black Box Theatre of the Quad Cities ! Company is a 1970 musical comedy with music and lyrics by Stephen Sondheim (Assasins, Into the Woods, Sweeney Todd) and book by George Furth. The original production was nominated for a record-setting 14 Tony Awards, and won six. Originally titled Threes, its story revolves around Robert (a single man unable to commit fully to a steady relationship, let alone marriage), the five married couples who are his best friends, and his three girlfriends. Unlike most book musicals, which follow... Read More