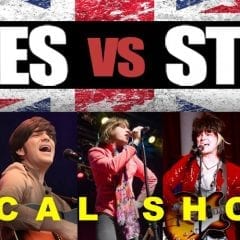 For decades, the battle has raged: Beatles or Stones? Through their heyday, fans accused London’s Rolling Stones of stealing ideas — even entire albums – from their Liverpool counterparts. At the same time, the Beatles secretly envied the Stones’ “bad boy” image and attitude, often copying their style. Both bands are unmistakably great, scoring an array of hits that changed musical history, but only one can be the best. The most infamous rivalry in rock and roll never played out in a public arena until now as Beatles vs. Stones – A Musical Showdown. The two greatest rock ‘n’ roll... Read More 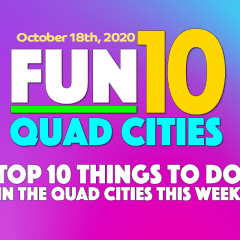 Are you feeling the swirls of spookiness in the air? If you’re a lover of all things fall and freaky – there is no shortage of exciting and fun things to do in the Quad Cities this week! QuadCities.com proudly presents FUN10, a list of the top 10 things to do in the Quad Cities this week, and every week! Every Sunday, we drop a new FUN10, to give you a head start on your week and a heads up on what’s going on over the coming seven days. Check out FUN10 every Sunday for the details on ten awesome events happening around town. It’s a cool read, and a great way to get started planning your... Read More

INTRODUCING… Your Month in Events for October 2020: Frightening Fun, Live Music, Chili Cook Off and MORE!

We at QuadCities.com are ALWAYS looking for cool new ways to bring you the best in local entertainment coverage in the Quad-Cities. And so we’re debuting a NEW feature — The Month In Events! It’s our way of giving you even MORE great coverage here on your site for the best arts and entertainment reporting in the area — your free, fun, local, award-winning QuadCities.com! Today, QuadCities.com proudly presents the very first Month in Events, a list of events happening in the Quad Cities this month, and every month! On the first of every month we will give you an exciting... Read More