TaxSlayer Center Executive Director Scott Mullen announced today that the arena, in partnership with Arconic and Genesis Health System, will host a major fundraising event on Friday, March 4 at 7 pm featuring members of the legendary Quad City Mallards Championship Teams facing their arch-rivals, Flint Generals.   The matchup is a resumption of a long-time heated rivalry billed as Heroes vs. Villains of the United Hockey League. All net proceeds from the events, which will also include a ticketed Meet and Greet Post game reception featuring both Mallards and Flint General players on March 4,... Read More

Run with the Bull and Help Spread Kindness! 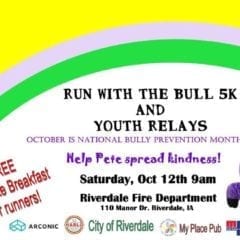 Are you ready to get your run on for a great cause, this weekend?! QC United’s 3rd Annual Run with the Bull 5k and Youth Relays takes place this Saturday Oct 12, with starting location at the Riverdale Fire Department (110 Manor Drive Riverdale) near Arconic. Run with the Bull 5k will begin at 9 a.m. and the Youth Relays at 10 a.m. Registration for the 5k is only $28 and includes a t-shirt, neck gator, goody bag and entry to Pete’s Post-Party featuring Pancake Breakfast sponsored by the City of Riverdale, beer and more! There are also group rate discounts for Cornbelt Running Club Members,... Read More 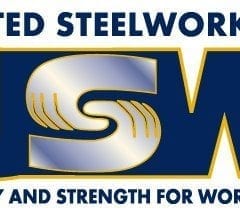 The United Steelworkers negotiating committee released a much-awaited statement this morning, Friday Jun 28. “The USW and its locals at Arconic have reached a tentative agreement with the Company and will be returning home in the coming days to set up informational meetings and prepare for ratification. The Bargaining committee will be recommending to the membership that this agreement be accepted and the details will be reviewed with our members over the coming days and weeks. This is a good outcome for our negotiations and that is due to the unity, strength and solidarity that the local union... Read More

Pete the Purple Bull’s Run with the Bull 5K Rescheduled! 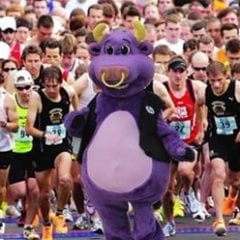 QC United and Pete the Purple Bull’s Kindness Rocks campaign is in full swing! The Run with the Bull 5K and Youth Relays scheduled for this Saturday Oct 13 have been cancelled. Due to the unfortunate Midwest weather we have been experiencing, the original race route is currently being taken over by the Mighty Mississippi. The good news? The race has been rescheduled! The rescheduled race date is Saturday Nov 17 at 9 a.m. Thanks to the wonderful people at Arconic, the new route will be located near Arconic and the bike path (265 Bellingham Road Riverdale). Participants will be treated to Burritos... Read More