And Just Before Election Day, The Video You Deserve Is… 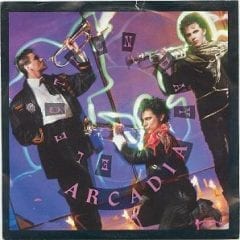 It’s a day before Election Day. And so, the Video You Deserve is, of course, “Election Day.” Back in 1985, Duran Duran were undeniably the biggest band in the world. They’d had multiplatinum success worldwide with “Rio” and its trio of hits in “Hungry Like The Wolf,” “Rio” and “Save A Prayer,” and followed that up a year later in 1984 with “Seven And The Ragged Tiger,” which sold over 10 million copies worldwide and spawned three top ten hits worldwide in “Union of the Snake,” “New Moon on Monday,”... Read More